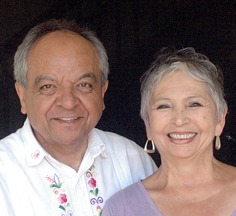 In 2000, when California created Cesar Chavez Day to honor the labor activist and founder of United Farm Workers of America, then-governor Gray Davis asked social policy advisers Carlos and Linda LeGerrette for ideas for activities. The San Diego natives had worked with Chavez for 12 years, beginning as idealistic college students in 1966.

Inspired to engage the next generation in civic participation, a year after Davis’ request the LeGerrettes founded the first of the Cesar Chavez Service Clubs. Now there are 21 such student clubs with 400 members in San Diego public schools. The members, called “Chavistas,” from kindergarten through high school learn civic responsibility and leadership through a 10-point curriculum founded on values Chavez promoted, including nonviolence, respect, service, determination, tolerance and knowledge.

Students organize community events, service projects and opportunities for civic participation, including planting trees around the city, feeding the hungry and making presentations to the school board about student issues. Since 2002, nearly 2,500 students have become Chavistas.

The mostly low-income club members have less absenteeism and better academic scores than nonmembers with similar backgrounds. “When they become a Chavista, such students learn self-reliance, collaboration, civic responsibility, leadership and the lifelong understanding of, and commitment to, service,” says Linda LeGerrette. “The transformation in these students is magical.”