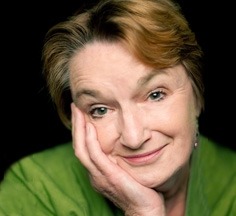 Kelley promotes compassion and acceptance in schools, online and in the workplace to reduce bullying and discrimination.

As a young single mother, Carla Kelley learned her middle child was gay.

“I knew how dangerous it was to be gay then … and my first instinct was to protect him,” she says. She quickly grew to accept her son’s sexual orientation. Years later, in 1998, she was jolted by a trio of national tragedies: the race-related murder of James Byrd Jr., a black man in Texas; the torturous death of Matthew Shepard, killed for being gay by two men in Wyoming; and the Columbine massacre in Colorado, in which two students killed 13 classmates and then themselves.

“I had to do something about all this senseless hate and violence,” she says.

Kelley had just completed her bachelor’s degree; her graduating project focused on anti-bias education and peace building within communities. She was inspired to create bullying-prevention programs but lacked the funds. “I didn’t even have the $500 I needed to purchase a nonprofit license,” she says.

Her daughter secretly collected $5 and $10 checks from family and friends, surprising her mother with enough money to launch The Human Rights Education Center of Utah in Salt Lake City in 1998.

Today the center offers a range of programs that address bullying and discrimination in schools, online and at the workplace. Every year the program teaches approximately 4,000 participants how to resolve conflict respectfully and nonviolently through interactive exercises, workshops, games, arts, music and conversation. Kelley, who also has a gay grandson, says, “The conscious and innovative teaching of kindness, compassion and empathy to youth and their leaders, consistently and over time, is necessary – and can change our world.”