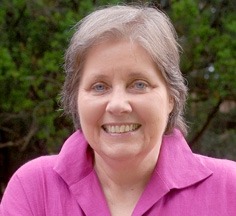 Ryan is pioneering research into families’ treatment of children who come out as lesbian, gay, bisexual or transgender at a young age.

At age 50, Caitlin Ryan decided it was time to pursue a doctorate in public policy. A social worker who pioneered community AIDS programs in the 1980s, she was acutely aware that many in the lesbian, gay, bisexual and transgender (LGBT) community had complicated relationships – or none at all – with their relatives.

With a doctorate in hand, Ryan quickly found inspiration for what to do next. Moved by a remorseful mother who had thrown her lesbian daughter out of the house never to see her again, Ryan started the Family Acceptance Project at San Francisco State University in 2002.

“I knew that the lives of many young people and their families would have been radically changed if only someone could have helped them understand how to support their LGBT children instead of trying to change them or push them away,” Ryan says.

The Family Acceptance Project conducts research and develops interventions that have helped more than 15,000 providers, families, religious leaders and policymakers worldwide to develop a more nurturing ecosystem for LGBT children, who are increasingly coming out at a younger age than in years past.

Ryan, with colleagues, has identified more than 100 types of family behaviors toward LGBT youths that can be used to accurately predict whether a specific child is at greater risk for suicide, homelessness or health problems. Ryan also works to dispel the notion that families, even in conservative communities, will never learn to accept gay children. The Center for American Progress says that her work is generating a “revolution in public policy for LGBT children and youth.”