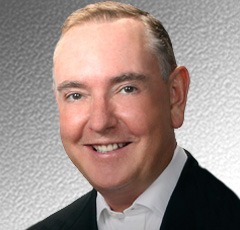 Lindstrom helps provide financial support, mentoring and leadership training to lesbian, gay, bisexual and transgender students of merit who have been marginalized.

Bruce Lindstrom knows the statistics – and fallout – well. More than 85 percent of lesbian, gay, bisexual and transgender (LGBT) middle and high school youths report being verbally harassed, and nearly 45 percent report being physically harassed at school because of their sexual orientation. Additionally, many LGBT youths receive no support from, or are rejected by, their families, friends, communities, schools and religious institutions when they come out about their sexuality.

This marginalization, combined with the skyrocketing costs of higher education, create a situation in which many LGBT youths consider it nearly impossible to go to college. Lindstrom, a successful business executive who helped to develop the membership warehouse industry, remembered how family members rejected him when they discovered he was gay. He says, “I never felt more alone in my life.”

That loneliness, and the belief that those who are fortunate in life should give back to the community, inspired Lindstrom to co-found the Point Foundation in 2001. The Lake Tahoe, Nev.-based foundation provides financial support, mentoring and leadership training to meritorious students who are marginalized due to their sexual orientation, gender identity or gender expression.

Including the new 2010-2011 class, the foundation has granted 174 scholars with an average scholarship amount of $11,876 per year in direct financial support. This year, the foundation is assisting 66 current scholars.