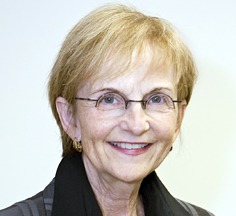 A former judge, Bridge brings stability to the lives of youths in Washington’s child welfare and juvenile justice systems, through innovative programs.

Bobbe J. Bridge, who served for two decades as a judge in Washington’s juvenile, superior and State Supreme Court systems, never forgot the troubled youths who had come before her bench in the early years.

They often were foster kids with mental health issues who had been removed from abusive, neglectful homes. About 20 percent had been homeless. A disproportionate number were children of color.

“As a judge, I felt helpless and hopeless to make a difference,” Bridge says.

So in 2006, at age 61, Bridge retired to found the Seattle-based Center for Children & Youth Justice. Partnering with agencies and advocates, the center has developed a battery of programs for at-risk youths in the foster care and juvenile justice systems, including free legal help and mental health services.

Children in those programs have a better shot at better lives. For instance, those in the infant-oriented Supporting Early Connections program, which ran from 2008 to 2011, were reunited with their parents or adopted within 18 months – six months sooner than the state average.

Bridge now hopes to replicate the Center for Children & Youth Justice’s success nationwide. In the past six years she’s crisscrossed the country to share the organization’s insights and experiences. She says, “I have never been so personally or professionally fulfilled.”