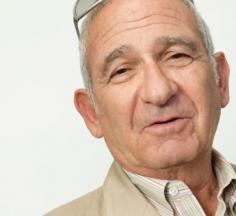 When the musical Wicked opened on Broadway in 2003, it became wildly popular. Teenagers flocked to the story of the witches of Oz at touring productions all over the country. It ignited a revival of musical theater in mainstream culture.

Wicked ‘s success gave me an opportunity to achieve something I had been trying to do for 15 years: draw younger, more diverse audiences to musical theater. Since 1997, I had co-run a musical theater company devoted to reviving the classics. But the old chestnuts didn’t bring in the younger set.

That frustrated me, because I knew how to build an audience. For 50 years, I had an extremely successful career in Los Angeles, marketing motion pictures, TV, cable and internet.

With the help of my colleague and friend Stephen Schwartz, who wrote Wicked, we launched a new approach in 2003, when we founded the Festival of New American Musicals (FNAM), to mentor talented young writers and performers to create new musicals.

In the past seven years, we’ve presented more than 150 new musicals at 83 theaters and schools in California, many in minority communities. One such annual production is the Shakespeare Musicals, which are created and performed annually at a charter high school that is 90 percent Hispanic and black.

At the college level, only a few schools in the entire country teach composing and writing for musical theater. I’m trying to launch creative curricula at colleges and universities in Southern California and also develop the nation’s first full-time development facility for new musicals.

In 2012, I funded Show Search, a nationwide call for new, short original musicals written by high school and college-age students. We had responses from 40 states. Six finalists were mentored for a month by major industry professionals and then flown to Los Angeles, where their original musicals were rehearsed and performed by a professional cast. Each winner also received a $1,000 grant.

I’m 86. I still don’t know upstage from downstage, but I know the excitement I feel now that I’ve found a mission to open up significant opportunities for musical theater that aren’t limited by class, income, race or gender.