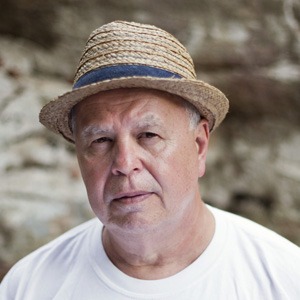 Through community organizing, Webb is building a movement to stop mountaintop removal, an environmentally destructive method of mining for coal.

Using government and industry statistics, Bo Webb estimates that 3.5 million pounds of explosives are detonated every day in his home state of West Virginia in pursuit of coal.

Across Appalachia, Webb says, mountaintop removal – a highly efficient yet destructive practice of blasting mountaintops to expose seams of coal – has destroyed at least 500 mountains and buried nearly 2,000 miles of streams beneath rock and rubble dumped into valleys.

A former tool-and-dye shop owner who had planned a quiet retirement on family land, Webb has instead spent the past 10 years in a difficult and often dangerous fight against the coal companies and their powerful allies, the unions, even his neighbors.

The father of two and Vietnam veteran says he draws motivation from a vow he made after his granddaughter was born prematurely in 1990.

“I made a promise to my God that if she could make it, I would watch over her and try to make the world a better place,” he recalls. “I’m just fulfilling my promise.”

That promise includes ending mountaintop removal and protecting the hardwood trees and wildlife that surround Webb’s home on the banks of the Coal River. The lush landscape, which includes a 20- to 30-foot waterfall, sits in stark contrast to the barren hilltop above, where coal is being strip mined.

Webb’s promise isn’t an easy one to keep in a low-wage state that produces a fourth of the nation’s coal exports and desperately needs jobs. A report released this year by West Virginia and Marshall universities says the multibillion-dollar coal industry in 2008 was responsible for 63,000 jobs that paid an average of $70,000 a year – about twice the state average.

The state’s economic dependency on coal is not lost on Webb, but he says the people are paying dearly for it, sacrificing their air and water quality, their land and its beauty.

So in 2004, Webb co-founded Mountain Justice, which uses grassroots organizing, public education and nonviolent civil disobedience to abolish surface mining and protect the cultural and natural heritage of the Appalachian coal fields.

Despite death threats and three arrests resulting from acts of civil disobedience, Webb remains resolute as he knocks on doors from the coalfields to Capitol Hill.

When state regulatory officials wouldn’t respond to his concerns about potential permit violations at the mine site near his home in Naoma, he videotaped the operation and hand-delivered the footage to officials in Washington, D.C.

“Being a businessman allowed me to get in the face of the coal industry and the governor and regulatory agencies and still maintain good relationships with them,” says Webb, a community organizer for the environmental group Coal River Mountain Watch who has twice appeared before the United Nations Commission on Sustainable Development. “Being a Marine gave me the toughness to look them dead in the eye and not flinch.”

Webb says he now has the wisdom, patience and compassion to do what he couldn’t have done when he was focused on supporting and raising a family: “It never even entered my mind that there were social problems when I was younger.”

Webb, who sold his beloved Harley to raise money for the cause and had Cherry Pond Mountain inked onto his right forearm – “in case they take the real one” – has drawn such notables as climate scientist James Hansen, actress Daryl Hannah and environmental activist Robert F. Kennedy Jr. to protests. He also coordinated activist Ed Wiley’s 400-mile walk from Charleston, W.Va., to Washington, D.C., in 2006. The journey raised $12,000 and heightened public awareness about Marsh Fork Elementary School, which sits in the shadows of a 2.8 billion gallon sludge dam, coal processing plant and silo.

While in D.C., Webb gained a key ally in the late U.S. Sen. Robert C. Byrd of West Virginia, who would later publicly shame Massey Energy and others to pony up $8.6 million to move the school.

Fellow activist Andrew Munn says that achievement is huge, considering the long-standing influence coal companies have had on Appalachian communities and their governments. Webb helped people see that it is possible to stand up for themselves and win, Munn says: “I think this is the first step toward permanently changing the political dialogue, and Bo is leading the charge.”

In the fall of 2010, Webb returned to Washington, D.C., as a leading organizer behind Appalachia Rising, a demonstration against mountaintop mining. During the protest, more than 100 people were arrested for acts of civil disobedience.

Unless mountaintop mining is banned, Webb sees little hope for the communities that have been beholden to coal companies for at least 150 years.

Webb doesn’t feel such allegiance. An uncle of his died in a mine at age 17. Another was paralyzed. His coal-mining father always paid outrageous prices for necessities from the company store.

Riding the boom-and-bust cycle of coal, Webb says he ate rice or beans three times a day when times were especially lean. Sometimes, he’d sneak out with his uncle and cousin with pillowcases to steal coal for heat.

When Webb and his wife, Joanne, returned to West Virginia from Cleveland in 2001, they hoped to relive some of his fonder memories of mountain life: growing vegetables, hunting in the woods where his ancestors had for nearly 200 years and fishing in the Coal River where Webb was baptized, just feet from his front door.

What they saw would alter that plan. Thousands of acres of hickory, cherry and other valuable hardwoods above them were being bulldozed. Some were on fire. Later, the blasting started.

But taking on the coal company also means taking on his neighbors, friends and kin whose families depend on the mining jobs. Webb says someone tried to run him over with a car, and several miners threatened to throw him down a mine crack. He says he changed his phone number and took turns with others standing guard over his home.

It’s Webb’s fearlessness, coupled with his tenacity, that has and will continue to yield results, says Coal River Mountain Watch Director Judy Bonds. “He doesn’t back down,” Bonds says. “He stands loyal, and he puts everything he has into what he believes is right.”

Though change may not come easily, Webb says the battle is worth fighting. He wants to shift the regional economy toward more environmentally friendly ventures, such as tapping his neighbors’ woodworking skills to build furniture from the hills’ valuable hardwoods and attracting tourists with an appreciation for the simpler lives he and his ancestors have enjoyed. He also wants to use his experience as a small business owner to help his neighbors secure loans to create cottage industries to support their families.

As Webb puts it: “People need to realize there are other ways to make a living than blowing up your backyard.”