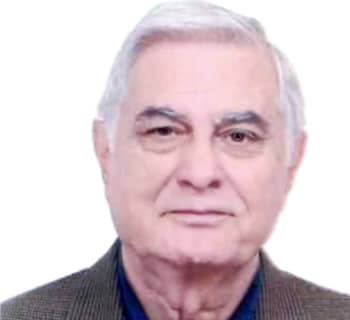 Raising the standards of professional journalism

Given declining newspaper circulations and the lack of trust between the public and the media today, Bill Kovach is more than a little bit concerned about the future of journalism. Kovach covered the civil rights movement for The Nashville Tennessean, spent 18 years at The New York Times, and capped one of the most distinguished careers in journalism as editor of The Atlanta Journal-Constitution (which won two Pulitzer Prizes during his tenure, the first for the paper in 20 years). In 1997 Kovach formed the Committee of Concerned Journalists, a group of journalists, publishers, owners, and academics that works to secure the profession’s future by establishing high standards of journalistic integrity and ensuring that today’s journalists get the proper grounding in ethics, values, and professional codes of conduct. Using a Traveling Curriculum created for training, Committee representatives have visited 98 newsrooms in recent years and trained 5,500 journalists. As a result, each newsroom has made changes to protect standards and establish stronger connections to readers, including the introduction of reader advisory panels and new ways to bridge communication gaps between reporters and editors. Kovach is now customizing his training model to reach a new generation of newsroom leaders and to be relevant to the challenges and opportunities presented by the blogosphere and electronic, digitized news.

2016 Update: The Committee of Concerned Journalists (CCJ) ceased to exist as an operating organization on December 31, 2011. The work and the legacy of CCJ and its members continue through a variety of means, including in cooperation with the Donald W. Reynolds Journalism Institute, CCJ’s partner for its last six years, through the books and ideas the group inspired.