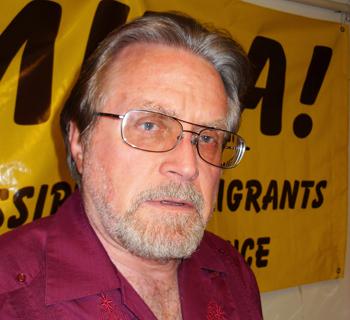 A labor organizer for nearly 50 years, Chandler has been engaged with immigrant workers in the labor struggle since his teens. In 2000, he brought immigrants together with labor, religious, and human rights activists and organizations to form the Mississippi Immigrants’ Rights Alliance, or MIRA. The organization estimates that more than 200,000 Hispanic immigrants are living in Mississippi, among the lowest paid and most exploited workers in the state. MIRA’s work is allowing mistreated immigrants to assert their rights and gain access to safe living and working conditions. Chandler, 68, has overseen the recovery of more than $1 million in unpaid wages to hundreds of migrant workers. In his view: “The Latino immigrant community has received the brunt of anti-immigrant rhetoric, which saddles it with responsibility for every social ill, from swine flu to the economic downturn.” Through organizing and the development of legal teams, MIRA facilitated the distribution of nearly $70,000 in emergency funds for housing, utilities, food, and medical and transportation needs to immigrant victims of Hurricane Katrina and those affected by recent U.S. Immigration and Customs Enforcement raids. MIRA’s Legal Project has served an average of 1,200 immigrants – both documented and undocumented – per year through legal counsel, referrals, and educational events. The organization’s efforts have helped defeat more than 200 pieces of anti-immigrant legislation and advance legislation guaranteeing immigrant children the right to enroll in public school regardless of citizenship status.