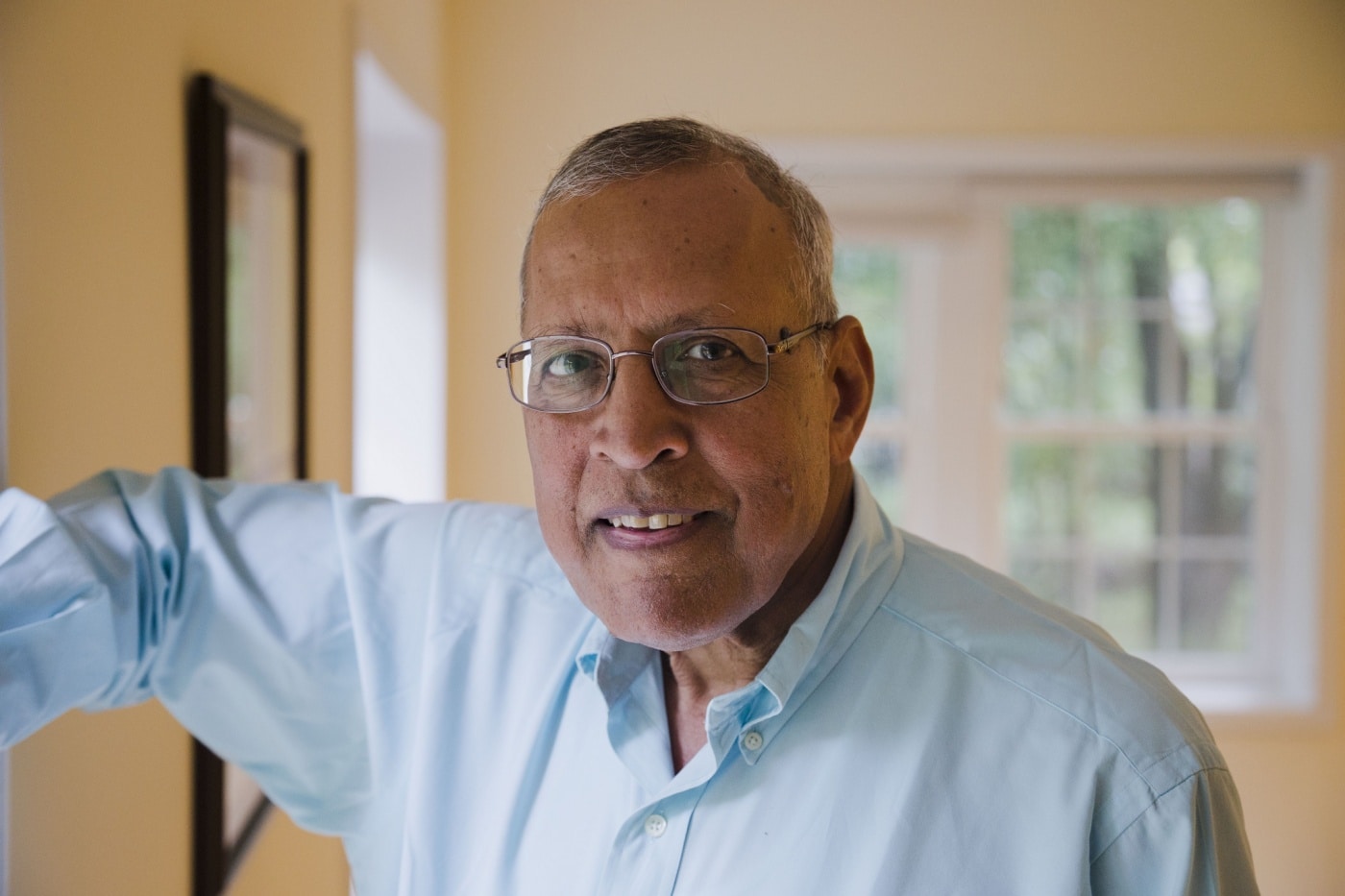 Agrawal brings safe drinking water — rain from rooftops — to thousands of villagers in his native India, using his engineering expertise.

Stopping on a dusty, unpaved village street in northwest India’s Rajasthan in 2007, Bhagwati (B.P.) Agrawal saw children excitedly running around calling, “Pani aagayaa.” They were alerting everyone that the water tanker had arrived with its twice-a-month delivery. Women appeared carrying clay pots to collect what they could of a life-sustaining resource continually in short supply.

Watching the scene unfold, Agrawal, a Rajasthani native who had emigrated to the United States decades before, asked one woman how scarce water was. When he was growing up, it hadn’t been an issue. She responded, “Why ask me? Just count the number of bachelors.”

Perplexed, he asked her what she meant. “She told me, ‘No father or brother wants to marry his daughter or sister in this village lest she spend all day fetching water,’” Agrawal recalls.

Wells in Rajasthan are often 400 feet deep, and the women must take turns dropping a bucket, then hauling the water up by walking away with a rope tied around their waists, often in grueling heat.

“That was telling,” he says. “That’s the human dimension.”

Agrawal has long felt a desire to mitigate the water shortage by capitalizing on the expertise he gained in the United States during decades of bringing technology innovations to market. In 2003 he founded Aakash Ganga, or River from Sky, in hopes of creating a sustainable solution to the chronic water shortage by collecting a precious source of safe water – rain. But it wasn’t until that moment in Rajasthan four years later that he truly understood how pressing the need was.

Since then, Aakash Ganga has created a network of roofs, gutters, pipes and underground tanks in six villages that are home to 10,000 people, to collect and store the short-lived rains that come during monsoon season from July to September. The systems have the potential to collect and store a year’s worth of water.

That’s key, because in this region on the edge of India’s Thar Desert, one of the poorest in the world, there is little surface water. India draws more than twice as much water from underground as any other country, according to the United Nations.

Aakash Ganga incorporates new technologies and modern management to a 600-year tradition of rainwater harvesting in India, Agrawal says. “Too often tradition can be seen as holding back progress. I believe we must understand traditions as cultural capital,” he says. “Rainwater harvesting is nothing new. The original systems are still engineering marvels, even if they are in ruins.”

Adapting models used by utilities, Aakash Ganga rents rooftop rain-collection rights from homeowners. Households pay 15 percent to 20 percent of the cost to have 6,600-gallon underground reservoirs built in their yards. Each village donates a 2.5-acre plot of land for a 105,000-gallon communal tank. The roof system feeds both the individual households and the communal tanks.

The system has the capacity to provide each resident 2.5 gallons a day at an annual cost of $2 per person. Because most of the cost comes as an upfront infrastructure investment, the system is not something villagers can afford by themselves.

It’s not just water shortage that’s an issue in India and, indeed, the world. Improved sanitation and hygiene in the water supply are also crucial. The United Nations estimates that 9 percent of diseases and 3.5 million deaths a year could be prevented globally if more people had access to clean drinking water.

In Indian villages like Haringar, waterborne diseases are common, and many water sources are loaded with dangerous levels of minerals. Nonetheless, Haringar residents such as 56-year-old Rotash Varma, a painter, used to drink unsafe water because it was all he and his family had.

Varma says that many years of drinking that water harmed people’s health. “In my case, I used to have body pain and aches in my limbs,” he says. “Having shifted over to the sweet water that is available through (Aakash Ganga), I don’t suffer from such problems anymore.”

Agrawal gives the impression of a tidy, unassuming engineer, but when he talks about Aakash Ganga, there’s an entrepreneur’s fire. He grew up in a modest family in the small agricultural village of Chhapoli. “Managing two meals a day was a challenge,” he says.

When he was in high school, a teacher noticed him trying to take notes on every word spoken in class because he couldn’t afford the science textbook. The teacher loaned Agrawal every book he would need through high school in return for a pledge that he would place in the top 10 on the state exams.

“I didn’t let him down,” Agrawal says.

His high-achieving performance in college and graduate work in India earned him a doctoral fellowship in engineering at the University of South Florida, which he completed in 1974. Agrawal subsequently worked with technology companies including General Dynamics, ITT and GTE. Starting out in the lab, he built a name for himself in voice processing for telecommunication. Having won accolades for taking products that he designed from the lab to the market, he took a big risk, launching the first of two companies in 1988.

When the dot-com bubble burst in 2001, the second went bankrupt. He was considering restarting the company when a casual discussion with friends, mostly successful Indian-Americans in technology and business careers, raised the possibility that he could use his business skills and technological savvy to solve societal problems in India.

“They were just words,” he says. “But I was bitten by the social venture bug and never looked back.”

Agrawal isn’t a water expert. He is an innovator. He makes sure there is effective communication and problem solving in the ever-growing network of villages, organizations and experts that make up Aakash Ganga. One is Rajiv Gupta, a professor of civil engineering at the Birla Institute of Technology & Science, who has been a key partner in providing technical expertise. He explained that Aakash Ganga is very close to his heart. “Every human being should have access to safe drinking water,” he says. “For children, providing safe drinking water is like providing a bright future,” as a healthy mind and body can expand opportunities dramatically.

For his leadership of Aakash Ganga, Agrawal received the $100,000 Lemelson-Massachusetts Institute of Technology Award for Sustainability in 2010 to support the program. The World Bank and New York-based philanthropy Rajasthan Association of North America has also provided funding.

Sustainable Innovations, the umbrella organization Agrawal started to facilitate Aakash Ganga and an innovative rural healthcare-delivery project, has already had inquiries from places as varied as China, Rwanda, rural Texas and West Virginia.

Agrawal says this second stage of his life reflects his embrace of a Vedic philosophy, which says that after having raised three children and worked in business, the next life stage is to dedicate oneself to society’s needs.

In this journey, he’s perhaps most thankful to be able to work with the villagers of Rajasthan. “We can call them illiterate. We can call them uneducated,” he says. “But you can’t fathom how much wisdom these people have.”