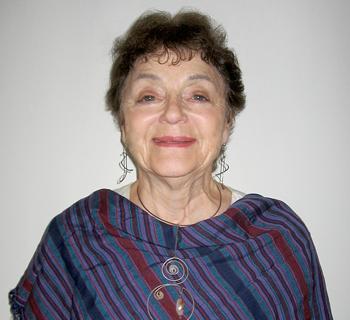 In 1994, Betty Reiser volunteered at a local cancer organization in New York City to “give back” for her long term survival from both ovarian and thyroid cancer. She was 69 years old. A year later she was hired by the group to start the first direct service ovarian cancer program for women and their families in the United States. She soon learned that there is no reliable screening test to catch this disease in its early stages. In response, Reiser developed a national educational program for medical schools to focus on the issue of early detection. Reiser created a unique program, Survivors Teaching Students: Saving Women’s Lives to improve awareness of ovarian cancer by giving a face and a voice to the disease. In a one hour classroom seminar, a panel of three women survivors meets with medical students, our future diagnosticians, to describe their experiences including misdiagnosis, delays in diagnosis and the eventual spread of the disease to a generally incurable late stage. The presentation is followed by an interactive dialogue between the women and students to further enhance their learning. Survivors Teaching Students is now part of the curriculum of 65 of the 129 medical schools in the United States. More than 25,000 students have participated in patient presentations thus far. The program is also a part of the 17 medical schools in Canada and in the medical school in Qatar. “I count it as the the most important, rewarding and most meaningful work I have done in my life. At the time of the program’s inception, I was 77 years of age.”