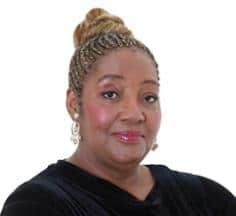 Drawing from her own experience with domestic violence, Williams-Watson addresses domestic, sexual and emotional violence among African-American parishioners.

Bettie J. Williams-Watson was married to a preacher who could “quote the Bible from front to back.” Yet at home, she says, he was abusive, both physically and emotionally. Believing her children were in danger, she took them and left.

A few years later, after extensive healing, she began working in the domestic and sexual violence field in roles ranging from program management to crisis support and advocacy work – but she quickly realized she needed a change: “I loved my work, but the burning desire and passion was to do something for my own culture and in my own faith community.”

So in 1999, Williams-Watson began a project to reach out to African-American churchgoers; that project became the nonprofit Multi-Communities in 2005. The Seattle-based organization provides African-American faith leaders with tools and resources, coupled with ongoing support, education and information for their congregations and communities. Working largely as a “one-woman show,” Williams-Watson also serves those directly affected by domestic violence – both victims and perpetrators.

Each year, she counsels as many as 100 women, 100 men and up to 40 faith leaders and holds presentations in front of more than 1,000 community members. “We serve people from different faith communities where there is a lot of stigma attached to being abused, much less accessing services,” Williams-Watson say