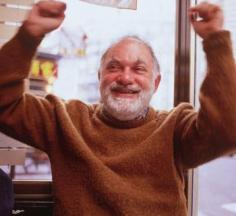 Harnessing the energies of business, government, and social-service providers to address urban decay.

Bernie Glassman’s first career was as an aeronautic engineer for McDonnell-Douglas in the early 60s, concentrating on interplanetary flights. But Glassman became a social entrepreneur in 1982, articulating a vision that socially responsible businesses can have a double bottom line: generating profits and serving the community. The Greyston Bakery was the first such venture, the building block of a larger socially responsible business model which Glassman developed. Known as the Greyston Mandala, this network of for-profits and not-for-profits has worked together to improve the lives of individuals and the larger inner-city community of southwest Yonkers for 25 years. Glassman left Greyston in 1996, but 10 years later (after founding Zen Peacemakers), he has plunged back into social entrepreneurship, this time in Springfield, Massachusetts, a city in steep decline. Where others saw hopelessness, Glassman saw an opportunity to once again provide a comprehensive solution to urban decay by harnessing the energies of business, government, and social-service providers. In 2006, at the age of 68, Glassman created the PathMaker Partnership, an alliance of Zen Peacemakers, a local “green” business entrepreneur, and the Hampden County Sheriff’s Office. PathMaker provides housing, jobs, and support programs to homeless persons and those who were formerly incarcerated.