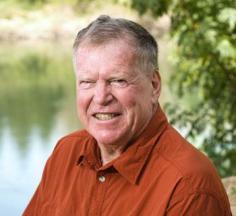 Barney Flynn, a former prune and almond grower, used his experience as a farmer and businessman to come up with an inventive way to help California farmers transform unprofitable land, save endangered wildlife, boost the local economy, and provide flood control – all at the same time.

In 1998, after years of experiencing the annual flooding of farm land from breached levees, Flynn co-founded River Partners, a nonprofit organization that helps farmers navigate state regulations and craft deals to restore flood-prone riverfront acreage as habitat for wildlife, much of it endangered, while providing a sustainable flood-control alternative to levees and dams. River Partners also implements the restoration plans, pioneering the use of modern agricultural techniques to cut the costs of river restoration. To date, River Partners has restored about 4,000 acres and planted 510,000 native trees and shrubs.

Bernard “Barney” Flynn figured if he couldn’t beat the river, perhaps he could save it.

Now, the former prune and almond grower is helping other farmers transform unprofitable, flood-prone land near California’s major rivers into wildlife habitat that delivers benefits for the economy as well as the environment.

One day this spring, Flynn stood at the edge of a field along the San Joaquin River that heavy rains and snow runoff has left under water for months. Levees that were supposed to keep the river out are instead trapping the water in the fields. And this year’s flood was minor compared to the disasters of 1964, 1986, and 1997.

“Farmers just didn’t want it anymore,” Flynn says of the flooded area, which several years ago was sold to the federal government for inclusion in the San Joaquin River National Wildlife Refuge. Higher labor and fuel costs and other changes in farm economics meant farmers could no longer risk planting in the floodplain. “You can’t afford to be in areas that don’t yield predictable crops in predictable conditions. At the same time, these areas are great for native plants adapted to flood conditions,” Flynn explains.

Flynn’s own experience selling and restoring 500 flood-prone acres of his family’s farm along the Sacramento River led him to co-found a nonprofit organization called River Partners in 1998.

River Partners helps farmers navigate the state’s thicket of water, flood-control, environmental, and economic issues. Then the organization helps farmers craft deals to restore river areas as habitat for wildlife, much of it endangered, while providing a sustainable flood-control alternative to levees and dams. River Partners also implements the restoration plans, pioneering the use of modern agricultural techniques to cut the costs of river restoration.

When River Partners arrived at the San Joaquin site, the denuded fields “might as well have been parking lots,” Flynn says. River Partners planned 3,200 acres of restoration and already has planted 800 acres of cottonwoods, willows, mugwort, elderberry, and other native species. Last year an endangered songbird, the Least Bell’s Vireo, was found on this site after an absence of 60 years, and the riparian brush rabbit, another endangered species, is also making a comeback.

An Alternative to Levees

All told, River Partners has restored about 4000 acres and planted more than 510,000 native trees and shrubs. The organization is now seeking to establish large-scale projects as a cost-effective alternative to levees to manage recurrent floods. By allowing rivers to spread naturally, the restored areas reduce pressure on levees along other stretches, and the preserved natural areas also allow more water to percolate into underground aquifers, increasing water supplies.

The approach has become even more relevant in the wake of Hurricane Katrina, which drew attention to the fragility of California’s levee system. After New Orleans, Sacramento is considered the major American city most at risk of a disastrous flood, and Gov. Arnold Schwarzenegger has proposed a $4 billion bond measure to repair the state’s dilapidated levees.

Economic winds are blowing in River Partners’ direction. The Central Valley is California’s fastest-growing region, and real estate developers have become willing to move levees and set aside riverfront lands to protect housing projects from floods. With farmland and farming becoming more expensive, farmers are concentrating on more lucrative orchard crops and giving up low-yield alfalfa, safflower, and wheat that are suitable for flood-prone areas.

But it took an organization like River Partners to bring all the factors together and craft practical plans that meet the needs of farmers and wildlife, improve water quality and supply, and provide jobs and investment in the local economy.

Going with the Flow

On the San Joaquin River project, River Partners contracts with farmers like Martin Reyes, who farms 60 acres of his own near Modesto and works as a contractor on other farms. Many farmers continue to oppose environmental restoration but, Reyes explains that attitudes are changing. “A lot of farmers are finding that [riverfront land] is best suited for wildlife,” Reyes says, surveying the flooded landscape from his pickup truck. “There’s no reason it can’t co-exist. You get tired of fighting the river.”

Flynn, who grew up on avocado and orange orchards in southern California, saw the futility of fighting floods on his family’s 1,400-acre Shasta View Farms in the northern part of the state. He heard that the federal government was seeking to acquire land for the new Sacramento River Wildlife Refuge and struck a deal to sell 500 acres for about $1 million. About half the land he sold was pristine riparian, or riverfront forest; the other half was in wheat and safflower. Flynn leased it back from the government to continue farming, with a provision that he could maintain the old levees at his own expense.

“I had the brilliant intuition that we didn’t want to do that,” Flynn jokes. Instead, he contracted with the federal agency to plant native vegetation in the acreage and let the river breach the levees — and it became his first restoration project.

But traditional restoration techniques, which were more akin to landscape architecture than commercial agriculture, weren’t cost-effective for such a large project. With a huge number of plants to get into the ground in order to fulfill the contract, Flynn, a Harvard graduate who had worked as a computer programmer, stayed up all night creating a database program that allowed him to efficiently place plants in the fields. The computer spit out spools of plant labels in a way they could easily be affixed to markers in uniform rows in the fields, allowing relatively unskilled crews to plant native species the same way they planted agricultural crops.

River Partners continues to use an upgraded version of the program, along with other commercial agricultural techniques, including herbicides and irrigation, that allow the group to restore fallow fields in as little as two years for one-quarter of the cost of previous restoration techniques. Another technique: using a “no till drill” designed for wheat to plant native grasses.

“We translated orchard technology into riparian technology,” Flynn says. “We can deliver predictable results, just like you’d get on a farm.”

Flynn says he got hooked on the pleasures of native plant cultivation. He has learned that elderberries under irrigation bloom twice a year, rather than only once as they do in natural conditions. Cottonwoods grow three feet in the spring, then are dormant for the summer but grow another foot and a half in September.

Beginning when he was 63, Flynn spent eight years instigating and managing dozens of other projects, enlisting partners and persuading farmers. He has also inspired River Partners’ own board of directors to go in new directions. Some board members objected to an early deal with a local irrigation district that had run afoul of environmental regulations, arguing that the group shouldn’t involve itself with mitigation. “I was nearly in tears,” he says of the board meeting. In the end, River Partners turned a 30 acre mitigation proposal into a state-of-the-art river restoration project, scheduled to be part of the Sacramento River National Wildlife Refuge.

Flynn also overcame resistance from some on the board to a project to turn 25 acres of potential wildlife habitat into a public park instead. “We have to give citizens a piece of the pie,” he argued at the time.

River Partners has enlisted unlikely partners to help finance the San Joaquin restoration project, which runs about $5,500 an acre. The city of Manteca, for example, invested a $200,000 settlement with the Regional Water Quality Control Board to provide cover for the endangered brush rabbit, while a private company similarly invested a $34,000 settlement in river restoration.

Flynn is ready to move into a more public role as a proponent of alternative water and flood policies that can work for both farmers and wildlife. Since stepping away from day-to-day management last year at age 70, Flynn has been an advocate for expanding River Partners activities statewide. The group is undertaking its first project in the Sacramento Delta, on an island accessible only by ferry, and is in discussions about moving into the coastal valley in Ventura County.

“We’re equipped to do the work on a scale that others can’t,” Flynn says. “We have unique capabilities and we shouldn’t limit ourselves to a small area. We have no excuse for sitting on our haunches and saying, ‘We’re only going to be local.'”