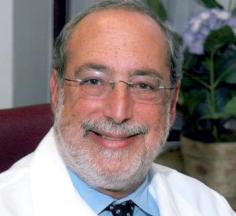 Bringing lawyers to clinics to improve the health of low-income children.

While treating infections in children suffering from malnutrition through a lack of food stamps, Dr. Barry Zuckerman saw impaired brain development among children with lead poisoning from chipped paint in rundown public housing. In 1994, when he was 48, he realized that many poor people did not know their legal rights as tenants, community members and parents, so he hired an attorney to work in his clinic. This became the Medical-Legal Partnership for Children. Zuckerman’s idea of putting lawyers in a medical setting was a new method to address many of the preventable problems that impair children’s access to food, safety, education, housing and other resources essential to their health. Zuckerman’s initial center now serves 1,500 families per year in Boston, providing legal intervention to assure access to food, utilities, safe housing, and special education. More than 85 percent of those served later receive an essential benefit that was previously unavailable. Zuckerman’s organization has expanded into the National Center for Medical-Legal Partnership that works nationwide to shape the way health care providers respond to the needs of vulnerable populations. “Thirteen years after discovering how our model changes lives, I am driven to spread this approach to help others.”