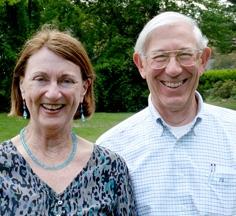 Barbara Gardner and Ed Moscovitch hoped for big changes when they helped write Massachusetts’ 1993 sweeping education reform law. But years later, Gardner, then a state education official, and Moscovitch, a former state budget director, were disappointed by the limited results. On classroom visits, Gardner saw children who were “disengaged or barely listening as the teacher droned on,” she recalls. “That experience and the image of bored faces and stale environments was my moment of revelation. I kept thinking, ‘There has to be a better way.'”

Inspired by a revolutionary approach Moscovitch observed in Alabama that was helping children from poor homes learn to read, he and Gardner launched the Bay State Reading Institute in eight Massachusetts schools in fall 2006. The institute provides teachers with coaching, sustained support and data on individual students to track progress. In the institute’s view, students should be tested often and taught in small groups suited to their skills.Seven years later the program is in 43 schools, with 17,000 students taking part. The gains in literacy by third-, fourth- and fifth-grade students at the institute’s partner schools are three times higher than those made by students statewide.

At one school in a low-income neighborhood, every third-grade student scored at the proficient or advanced level in both reading and math — the only third-graders in the state to do so. And at participating schools, both behavior problems and referrals to special education are down by as much as 40 percent. In 2010 the U.S. Department of Education awarded $5 million to the Bay State Reading Institute to expand its programs.