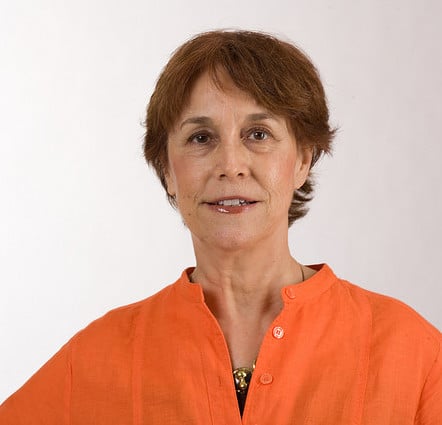 President
What Kids Can Do
Purpose Prize Winner 2008

Ninety percent of media stories about youth portray them as problems rather than powerful contributors to society, which may be why adults often avoid or even fear contact with the rising generation. But after years of managing the $500 million Annenberg Challenge grant to U.S. public schools, Barbara Cervone decided to change that.

In 2001, she began the nonprofit What Kids Can Do to bring compelling youth voices and action to the attention of the larger media, educators and communities. Her WKCD Web site regularly reports on such stories as Maine teens drawing up forestry management plans or Los Angeles students working against school overcrowding. Small grants from WKCD have also supported more than 50 youth-adult partnerships in which young people from the Rio Grande Valley to the slums of Delhi document their communities and work to make them better.

Some projects result in books, such as immigrant students from New York City neighborhoods gathering workers’ stories of their “American dreams.” Recognizing the boundless promise of youth, Cervone plans to keep on making it public – refuting false assumptions one story at a time.

In 2001, Barbara Cervone was national coordinator of the $500 million Annenberg Challenge, the largest private program to improve public education in the nation’s history. She was often called upon to listen attentively as school administrators described their challenges at events like one she attended at an under-resourced school near a toxic waste dump in Chattanooga, Tenn. But she wasn’t required, or expected, to talk to students.

“I left the meeting room for a few minutes,” Cervone recalls of that Chattanooga meeting, “and I saw this little boy, who must have been nine or so, crouched in the hall as classes were going on. I decided to talk to him a little bit and eventually asked him what he was doing there. He said he came to school to get away from a dad who beat him and also to get breakfast and lunch. I talked to him a little more and asked, ‘What do you wish people in this school knew about you?’ And he said, ‘That I’m not bad. That I’m just scared.'”

That moment helped inspire Cervone to leave Annenberg and create What Kids Can Do, a nonprofit, multi-faceted organization based in Providence, R.I., that empowers young people to speak up and gives them ways to do so.

In her 40 years in the education field, Cervone had worked as a grantmaker, a researcher, an evaluator, and an administrator who helped start alternative high schools in impoverished neighborhoods across the country. What Kids Can Do gave her a chance to weave all the pieces together, she says, as well as step outside her comfort zone.

“Kids are often considered good when they don’t do things, like don’t get pregnant, don’t drive drunk, don’t do drugs,” Cervone says. “Our mission at What Kids Can Do is to use print, the Internet, and any tool we can to bring the widest possible audience a sense of what kids can accomplish when they get the support and opportunities they need, and what they can contribute in their communities and schools when their ideas and voices are taken seriously.”

The group’s Web site at www.whatkidscando.org publishes feature stories, videos, and audio slideshows produced from the perspective of young people around the world – particularly those marginalized by race, class, poverty, or language. Topics include California teens fighting carcinogens in beauty products, young refugees and immigrants exploring their cities, thoughts on school reform, Hurricane Katrina, deaf students teaching restaurants to serve with respect, and an all-girl firefighting and emergency medical team in Aniak, Alaska. The Web site gets 75,000 visitors monthly.

The group also publishes books with titles like First in the Family: Advice About College from First-Generation Students. Cowritten by Cervone’s colleague, journalist Kathleen Cushman, and youths nationwide, the books are intended for adults and students alike. In 2005, What Kids Can Do started its own not-for-profit publishing house called Next Generation Press.

Through its partners, which have included the Bill & Melinda Gates Foundation, MetLife, and Adobe Systems, WKCD also helps fund and guide student projects that result in online and print photo essays. In 2006, with support from the Asia Society, WKCD worked with ten high school students in Beijing for two weeks to shoot more than 2,000 digital photos. The resulting voice-over slideshows were aired on the WKCD Web site as a portrait of modern China.

Another photo-essay project involved secondary school students in the Tanzanian village of Kambi ya Simba. The resulting book, In Our Village: Kambi ya Simba Through the Eyes of Its Youth, has spurred an international movement of students and teachers creating their own “In Our Village” books.

In the United States, What Kids Can Do sponsored kids in Maine to draw up a new plan for open space and forestry-management in their community; it was adopted and implemented by local town planners. WKCD is providing operating expenses to help Y-Press, a Indianapolis youth-based media organization, cover the 2008 presidential election from the perspective of those not necessarily old enough to vote.

“In the past we haven’t had a national outlet for our stories,” says Katie Bolinger, 18, a Y-Press editor. “What Kids Can Do is helping us both financially and with ideas and stuff. Barbara lets us do all the creative thinking, but she’s been there to help along the way.”

What Kids Can Do stories and books are written very differently from other publications about adolescents. “Usually you get an adult take first,” says Cervone, “then the youth stories are brought in as a sort of postscript, validation, or decorative element.”

At What Kids Can Do it’s the other way around. The themes and topics come from young people, and the adult voice enters only to provide the connective tissue. For example, adults see the controversial No Child Left Behind act as a way to reduce the “achievement gap,” but students desire to eliminate the “opportunity gap.”

“Kids just don’t see the world the way adults see it,” Cervone says, “and we want to give them a chance to tell adults what they really think.”

“What Kids Can Do makes the good work of students public,” says Bianca Gray, a Providence teacher who has worked with What Kids Can Do for several years. “We always tell kids they’re great, but we never show them the hard work, discipline, and skills required to meet the often lofty goals of becoming something. What Kids Can Do inspires kids and gives them tangible achievements by helping them learn what it takes to get from idea to completed project.”

Today, Cervone provides a lot of support to the young people she works with.on a shoestring budget. She is the only full-time staff-member of WKCD.

“She has definitely been a cheerleader for me personally,” said Jordan Denari, 18, a Y-Press editor. “I think a lot of times adults underestimate what youth can do. The purpose of the [WKCD] Web site is to acknowledge that young people do have a voice and are intelligent and do really important things in their communities. That means a lot to us.”

Listening to kids has changed Cervone. “Most of the people who make policy haven’t set foot inside a school in years, and the people who work in and attend schools are not real to them,” she says. “But they are quite real to me.”