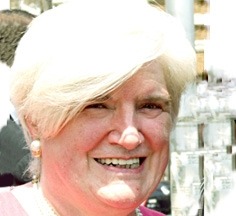 An immigrant herself, O’Callaghan connects newcomers to the United States with training and jobs, reinvigorating the workforce.

As a volunteer at the Philadelphia Area Immigration Resource Center, Anne O’Callaghan saw that many immigrants’ needs – including learning English and finding well-paying jobs – weren’t being met.

She understood their plight, having emigrated from Ireland in 1970. O’Callaghan built a steady career as a physical therapist for 20 years, and later started a successful software firm for the home health care industry. She wanted to help immigrants achieve the same kind of stability and economic independence.

In 2003 she founded the Welcoming Center for New Pennsylvanians (WCNP), which connects newly arrived individuals from around the world with economic opportunities. The center’s programs include job skills and language training, job placement, legal services, support for small and startup businesses, and resource referrals.

WCNP has served more than 8,000 immigrants from 140 countries, including placing some 1,100 in positions at 170 area companies. WCNP ranks first in job placement at 86.4 percent compared with other job training providers in the region, according to an analysis by the Philadelphia Workforce Development Corporation.

Now overseeing 27 employees, O’Callaghan aims to expand to other states, including Illinois, Maryland and Nebraska.