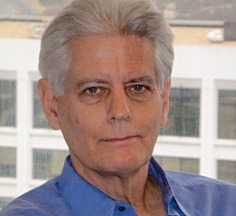 In 2009, the year he turned 66, Allen Hammond already had a global reputation as a writer, editor, policy analyst and nongovernmental program manager. He was one of the pioneers of the “base of the pyramid” concept, which suggests that the world’s 4 billion poor people are viable consumers.

Hammond was also an entrepreneur who knew the world’s poor received little or no health care. So that year he co-founded Healthpoint Services – a for-profit business with a social mission. It brings advanced diagnostic tools, telemedicine consultations (two-way video) and safe drinking water to rural communities in India.

“Our goal,” Hammond says, “is to demonstrate to governments, the global health community and the private sector that there is a way to address the shockingly unmet needs of several billion people – people who, though poor, mostly do have the ability and the willingness to pay for services they value.”

In south Punjab, eight E Health Point clinics operate on a fee-for-service basis at rates locals can afford, from $1 for a doctor consultation to $1.50 for a family’s monthly supply of water. The clinics have conducted 33,500 medical consultations, provided 19,500 customers with diagnostic tests and filled 39,000 prescriptions. Water treatment units provide safe drinking water for 30,000 families daily.

Next Hammond plans pilot programs in Mexico and the Philippines.