Marci Alboher, one of the nation’s leading authorities on career issues and workplace trends, is a vice president at Encore.org. Marci’s current focus is on the power of connecting, collaborating and innovating across the generations.

A former blogger and columnist for The New York Times, her latest book The Encore Career Handbook: How to Make a Living and a Difference in the Second Half of Life (Workman Publishing 2013), was hailed as an “invaluable resource” by the Associated Press.

She is also the author of One Person/Multiple Careers: The Original Guide to the Slash “/” Career (originally published in 2007 and re-released in 2012), which popularized the term “slasher” to refer to those individuals who can’t answer “What do you do?” with a single word or phrase. She also created the Shifting Careers column and blog for The New York Times and the Working the New Economy blog for Yahoo. Her articles have appeared in scores of national publications, including The Washington Post, Time Out New York, Travel and Leisure, The Chronicle of Philanthropy and More magazine.

Marci is regularly called upon for commentary in media outlets around the world, and she has been interviewed by countless news organizations, including NBC’s Today and Nightly News, National Public Radio, AARP and USA Today.

She is a Senior Advisor to Girls Write Now, and serves as a mentor-editor for The OpEd Project. Earlier in her career, she spent a decade practicing law. She holds an undergraduate degree in English from the University of Pennsylvania and a law degree from the Washington College of Law at American University.

A bit of the personal: Marci grew up on the Jersey Shore, living above her family’s motel, and has lived in Philadelphia, Washington, D.C., and Hong Kong. She always finds her way back to New York City, where she has spent more than 15 years. In her free time, she reads, travels, walks (excessively) and plays low-stakes poker. She lives in New York City with her husband Jay. @heymarci

For short and long versions of Marci’s bio, please click the links at right. 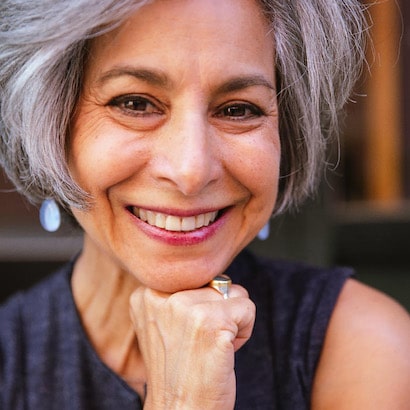